Would You Like To Play A Game -- er, Eat Some Cake?

Can you believe that it's been 25 years since the movie WarGames first opened? Yep, it was way back in 1983 that we first learned that nuclear war and video games don't mix -- Missile Command notwithstanding. (We also learned that U.S. national defense computers can be hacked into with a seven-character password and a 300-baud modem -- NORAD should really get on that.) At SC3, it's always 1983... in spirit, anyway. That's why, at our September 27th meeting, we capped off the evening by unveiling a WarGames-themed chocolate cake, complete with a digital map from the film and missile trajectories made of plastic tubing. The apocalypse never looked so tasty!

It takes a certain kind of person to feel WarGames deserves a tribute: a smart one. Or at least one that loves video games of all eras, especially those from 1983. About 80 such people came to Claremont on Saturday to experience the joys that only games from the early '80s can bring. As always at SC3, dozens of vintage coin-ops were on free play. This event featured the SC3 debut of Spy Hunter -- brought by the game's world champ, Paul Dean (thanks Paul!). Naturally, plenty of other SC3 favorites -- Dragon's Lair, Tempest, Pepper II, Star Wars and so on -- were on hand as well. A couple of our mainstays (including Warlords) were down with technical problems, but things like that tend to happen after 25 years. Hopefully they'll all be back in shape by the next meeting. Believe us, it's a priority.

Of course, games from years other than '83 are welcome at SC3 too. Ten different vintage consoles, plus a 1982 Tron handheld, were hooked up and ready for play. Sega consoles have been underrepresented at previous meetings, so this time we made sure to have a Genesis and Saturn (modded to play Japanese games) on hand. Who doesn't love Revenge of Shinobi or Gunstar Heroes? ColecoVision, Odyssey², Atari 2600/7800, NES, and Vectrex were armed with multicarts (thanks Mitch!). The Dreamcast was on an outdoor projection screen, allowing plenty of arm-flailing room for Samba de Amigo. Robert Bernardo of the Fresno Commodore Users Group even came by with his Amiga CD32 for a little while. There was definitely no shortage of consoles.

And then, there was Rock Band and its fellows. We devised an ingenious system where Rock Band, Guitar Hero III, and Guitar Hero: Aerosmith shared a 65" HDTV -- each game available at the push of a button. Would-be musicians rocked out to the games all night, but especially Rock Band which had over 270(!) songs available. Everybody loves these games, and with good reason -- the experience is simply impossible to beat when played with a group of friends. And there's never a shortage of potential bandmates at SC3!

One thing we've learned after years of organizing our meetings is that you can never predict what's going to be the most popular attraction of the night. This time, it just may have been the trade tables. SC3 meetings always boast some wheeling and dealing between classic game collectors, but this time people crowded the trade area all evening, swapping and buying items (or just wondering, "If I buy that Dark Tower board game, will I be able to convince anyone to play it with me?"). We love to see active trading at our events -- it reminds us of the early days when SC3 was just a bunch of collectors swapping Atari carts in a little building in Orange.

Our one regret is that we weren't able to get our second High Score Contest going. Somehow after moving arcade cabs around in 90-degree heat earlier in the day, we couldn't find the organizational energy or brainpower. We're sorry about that... and we really wanted to see who would have been the top scorer in ColecoVision Smurf, too.

Thanks to everyone who attended the September 27th meeting, and if you missed it, we hope to see you next time! Here are some photos of the event. If you'd like to see more, head on over to SC3 web site. 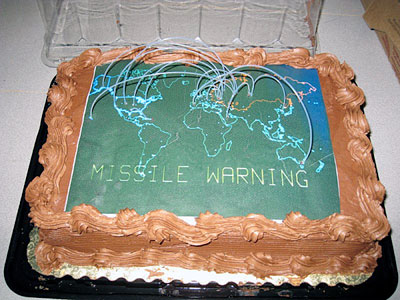 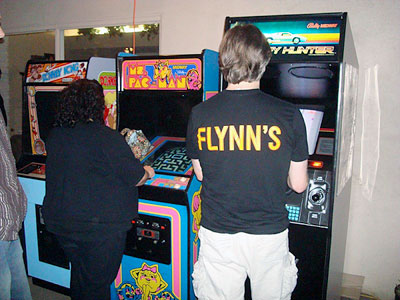 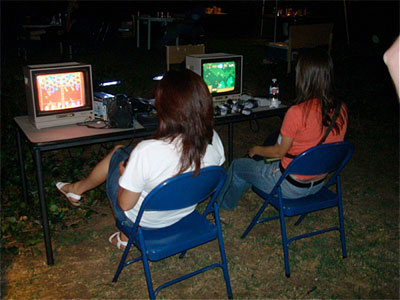 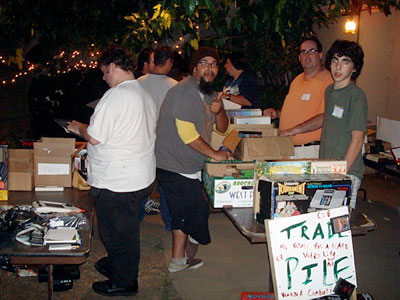 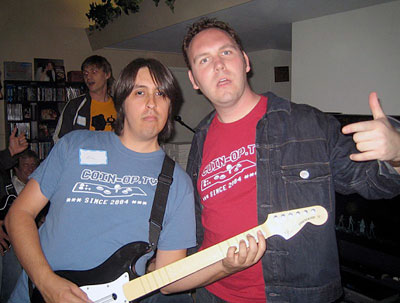 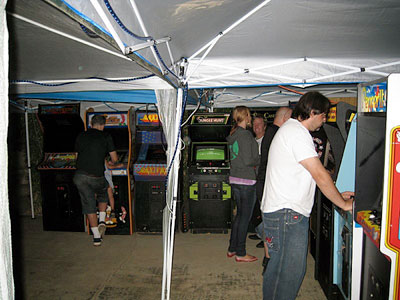