The mostly well-oiled machine that is SC3 continued to roll on April 26th! This meeting boasted the highest number of arcade machines we've ever had at one time: 41. That's right, more than FOURTY vintage cabinets, all on free play. New machines at this meet included the 1977 B&W Atari classic Subs, vector greats Black Widow, Space Fury, Star Trek, The Empire Stikes Back and Gravitar (thanks Mike!), and a Pepper II cabinet that looked like it just came out of Exidy's warehouse. Our pal Jason brought a parcel of Nintendo machines, and Paul wowed us with a custom Joust cabinet that features the most awesome sideart you've ever seen. So many machines... Steve and Geoff are still sore from moving them around all weekend.

Arcades weren't the only games receiving attention. This meeting marked the SC3 debut of Rock Band, a game that is tailor-made for us. Robert brought the PS3 Rock Band setup: two wireless guitars, mic and stand, and drums with a custom bass pedal adapted from a real drum kit. Gamers gathered around the 65" TV to belt out Rock Band hits throughout the evening, at times getting so loud they even drowned out the Guitar Hero Room of Doom! (Sorry about that, Guitar Heroes -- we'll get the audio balanced better next time.)

Outside, we had so many classic home consoles set up that we actually ran out of monitors. Official Unofficial SC3 organizer Mitch had consoles covered, bringing multicarts for 2600/7800, 5200, ColecoVision and NES, not to mention his A/V modded Atari 7800 and top-loader NES. William and Geoff filled in the rest, bringing the A/V ColecoVision and Odyssey², SNES, Vectrex, Intellivision, Atari 5200, and TurboGrafx-16. Robert's modded XBox, fully loaded with MAME, was hooked up to a projector (you know, just in case the 41 cabinets weren't enough arcade action for you).

Here's a piece of trivia for you: with all these classic consoles ready to play, hundreds and hundreds of games available at the flip of a switch, which titles do you think were the most in demand? That's right: Super Mario Bros. and Super Mario World. People just can't get enough of that plumber.

Several attendees brought their trade bait, which we always love to see. It seemed that there were always people browsing the trade tables. One lucky lady snatched up a $7 Pac-Man TV tray, describing it as the most awesome thing she'd ever seen. We can't help but agree, and we've spent a lot of time surrounded by 41 arcade cabinets. What can we say? Anything with Pac-Man on it impresses us.

This meeting also featured our inaugural Arcade High Score Contest, where entrants vied to attain the most high scores on 10 vintage machines. People were reluctant to enter at first, probably because they knew we had some top-notch players in attendance. It's true: there were some world champs at the meeting. That said, nobody is a master at every game in the contest, so if you're a good all-around gamer, you have a real chance of winning. Enough people came to realize this as the evening wore on, and the contest finally got underway. Congrats to the winner: Gary Hatt.

Thanks to all those who attended, to those who brought food/drink or equipment, and especially to those who chipped in to the food/expenses fund. For some reason, the electric bill is always rather high after SC3 meetings, and we appreciate your help covering it and other costs.

We're still considering our options for the next meeting. We're anticipating sometime around September 2008 for the next arcade party, but the exact date is up in the air. There's also the possibility of a smaller, interim get-together between now and then, possibly one focused on console gaming or coinciding with California Extreme. We haven't decided yet -- but keep an eye on our Future Meeting Page for details as they become available. 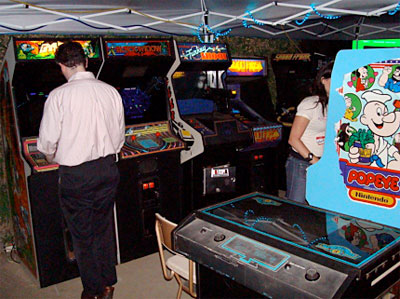 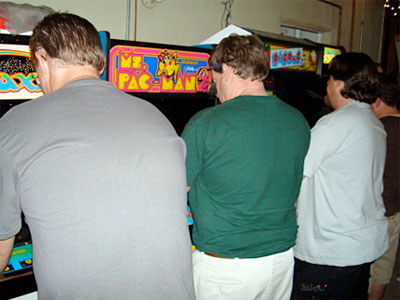 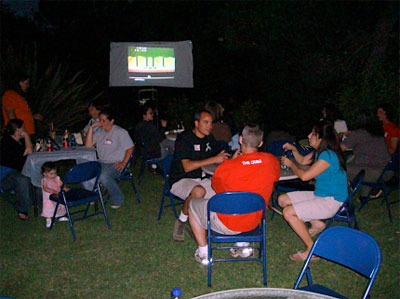 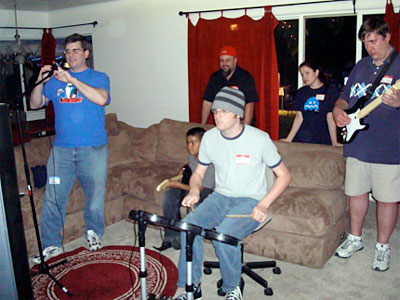 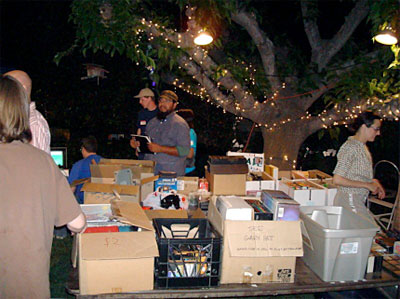 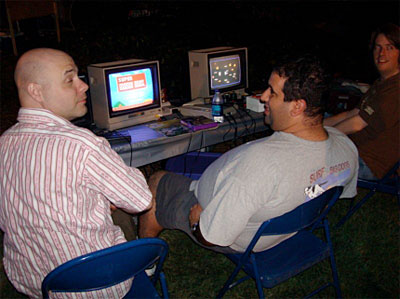