The September 15th SC3 meeting was all about MORE. More attendees, more arcade machines, more home consoles, and more of something that looked almost like professionalism. Yeah, we hardly believe it either, but the SC3 masterminds are actually getting this thing a little more organized -- we even bought matching, SC3-logoed t-shirts this time.

Seriously, we aimed for better organization at this meeting, and we think we succeeded. We had a greeter at the door, Louis, handing out nametags and keeping an accurate headcount. That's how we know that we topped 80 attendees at this meeting -- our highest number yet. We had room for the extra bodies because we moved Geoff's fancy outdoor movie screen into an unused portion of the picnic area, freeing up a bunch of space. This roominess made us think that we had less people show up, but the headcount proved us wrong, thankfully.

We put the extra space to good use. Chris N. -- who has an amazing ability to locate useful items like canopies and chairs -- scored us some extra tables, which we used to set up additional home consoles. The home games received a bit more attention this time around, which we were glad to see. Our Commodore SX-64 (basically an incredibly heavy laptop from 1983) was hopping all night, and our tricked-out ColecoVision drew all kinds of praise. We also set up an Amiga computer and an Atari 2600 on a projection screen. We're really excited about this idea (consoles on projectors), so don't be surprised to see more of it at future meetings.

Speaking of projectors, the big outdoor movie screen showed something new this time: the first broadcast of "SC3-TV," a 3-hour hodgepodge of classic gaming commercials, documentaries, Pac-Man cartoons, and so on. Although we were worried about subjecting our guests to the sight of Captain N, The Game Master lamely quipping his way through the world of BurgerTime, we felt SC3-TV was the perfect thing for them to watch while eating pizza and delicious chocolate chip cookies, before they headed back to the arcade.

Ahh, the arcade. If you're familiar with SC3, you already know about Steve's coin-op collection, which was enhanced this time by the addition of a mint condition Major Havoc machine. But that wasn't all. Our friend Paul Dean brought a speed-chipped Ms. Pac-Man with disturbingly sexy custom sideart. And our pal Jason Forster brought over five Nintendo cabinets, including all three Donkey Kong games, Popeye and the rarely-seen Radarscope. Dean Ayer also brought Joust. All told, we had over 30 machines at this meeting! Thank heaven for moving dollies.

This meeting even garnered some media attention. End Game Radio stopped by to conduct an interview the SC3 organizers (which you can watch here). Rob from Coin-op.TV was on hand, offering sweet discounts on his Coin-op.TV DVDs. We even had a filmmaker fly in from San Francisco to shoot some footage for a documentary project about American arcade culture. People are taking note: SC3 is the place to be for classic gamers in Southern California!

Thanks again to everyone for attending and we hope to see you at the next event! The date's still up in the air at this point, but we're thinking it'll be sometime around April 2008. Keep an eye on our web site and MySpace page for announcements. 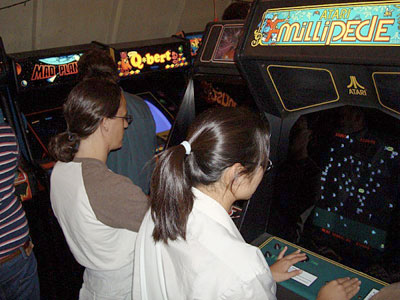 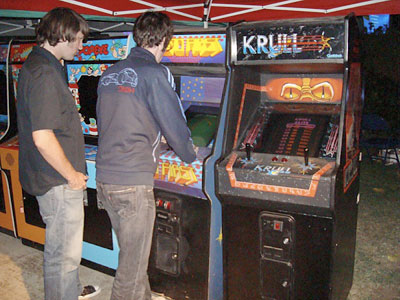 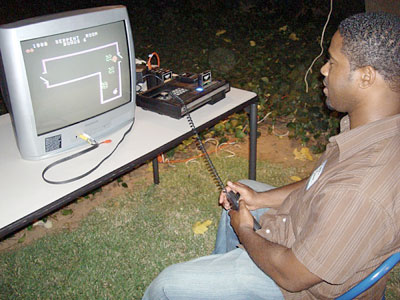 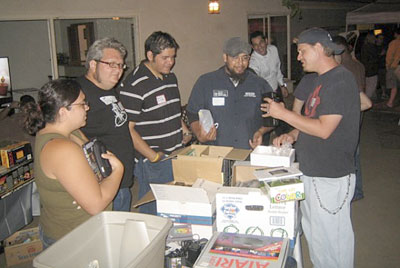 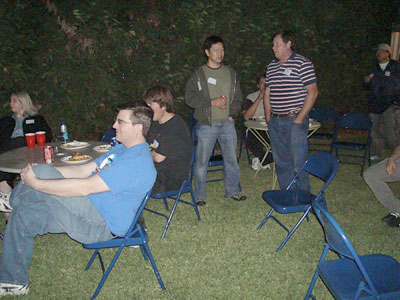 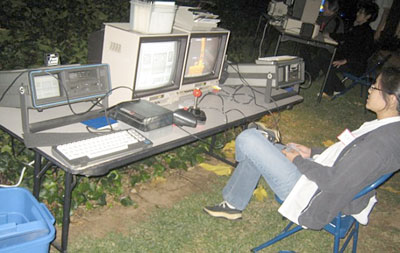