It took us a long time to get there, but SC3 finally arrived at the Nucleus gallery in Alhambra, CA, on March 5 -- loaded with over 30 arcade machines, 18 home consoles and monitors, and about a dozen '80s electronic tabletop games. The event was SC3's first gathering since April 24 of 2010, when over 200 folks crammed into a backyard in Claremont. We realize that nearly a year is an awfully long time to go without arcading, but we needed the time to prepare for SC3's first-ever event at a public venue. We believe it was worth the wait!

After last April's meet, we knew that the old backyard parties had reached their limit. Attendance had grown beyond our capacity, and we weren't interested in turning away interested gamers. SC3's mission is to celebrate videogaming's culture and heritage with as many people as possible. So there was no alternative: we needed to find a venue. Luckily for us, Nucleus -- an art gallery in Alhambra -- stepped up. Nucleus is no stranger to gamers; it has already hosted game-inspired art shows and concerts. With a large gallery floor for the cabinets and smaller upstairs room for the traders, we knew we'd found a good home for SC3.

We needed it. Over 250 people showed up over the course of the 12-hour event. Luckily, Nucleus' size allowed them all to fit comfortably, even with all those arcade cabinets crammed in. Over 30 coin-ops appeared at this event, including the SC3 debuts of Pengo, Zaxxon, Nibbler, Chiller, and the ultra-ultra-rare Cinematronics vector game Sundance. Many of these new-to-SC3 games appeared courtesy of our friend Van, who lent about a dozen immaculate machines from her super collection. One other noteworthy new game appeared at this event. i-Mockery.com's Abobo's Big Adventure is an original game starring the lovable(?) muscleman Abobo from the Double Dragon series, who travels through a series of videogame worlds beating the living pixels out of just about every character to ever appear in an NES game. Housed in a custom cabinet assembled just before the event, ABA attracted a constant stream of NES fans and people who just enjoy punching things.

Nucleus' added floor space also allowed us to cram in more home consoles than we've ever had before. Everything from Atari's dedicated 1977 Video Pinball console to the Mattel Intellivision to the TurboGrafx-16 to the Sega Dreamcast was set up and ready for play. Robert from the Fresno Commodore User Group brought an Amiga and Shredz64, an unbelievable Guitar Hero-style game for the Commodore 64. Jason B. supplied a sprawling Sega Saturn setup for 10-player Bomberman action. We're not sure if we ever got a full 10-person game going, but multiplayer Bomberman was hopping all day and night. Rik from Handheld Games Museum returned with his table of '80s electronic tabletop games, this time headlined by an actual Entex Adventure Vision machine. The Adventure Vision was a technical wonder back in 1982; now it is more wondrous for its extreme rarity and value among handheld collectors. Either way, it's not to be missed! We couldn't have asked for a better selection of '70s-to-'90s gaming consoles. Thanks to everyone who contributed!

The Nucleus event marked another first for SC3: live music, provided by chiptune artists 8 Bit Weapon, ComputeHer, Mr. Spastic, and Wizwars. The artists were accompanied by an array of retro electronic equipment that rivaled the SC3 home console setup. The Game Boy, Commodore 64, NES -- any and every device that makes a sound can be co-opted into a musical instrument by these mad geniuses. The bands took the stage during the latter part of the event. Earlier in the day the stage hosted an outsize Rock Band session projected on the far wall, thanks to a killer setup provided by our pals Chris and Katia. After that came "Who Wants to Win the Glassware", a live trivia contest in the vein of TV quiz shows, complete with music, stage lighting -- and quizmaster Dave, the game's emcee and lead designer. Several SC3 attendees tested their knowledge of video game trivia for the chance to win candy, souvenir tokens from Flynn's Arcade, and the grand prize: Atari-themed shot and pint glasses. Unfortunately nobody managed to take the prize, but everybody had a great time trying. Thanks to Dave and Jeff for an awesome show!

With all these attractions, it's easy to forget that SC3 is also a group for collectors -- even though "collectors" is right there in our name! Thankfully, Nucleus provided us a great space for game trading. The area upstairs from the gallery was the perfect place to kick back, set up your stuff, conduct business or just hang out. A picture window let the traders view the arcade from above. Previous SC3 meetings have featured great selections of traders and merchandise, but this event may have been the best yet. More traders brought more stuff, and lots of goodies changed hands. GameGavel donated a huge pile of stuff that was raffled off or given away. Unfortunately GameGavel wasn't able to attend the event, so the SC3 organizers had to conduct the raffle themselves (uh-oh). We admit there were some rough spots as we tried to learn how to do a raffle -- it's harder than it looks -- but we got through it eventually, more or less. Hopefully GameGavel will conduct future raffles; with all their auctioneering experience, they actually know what they are doing! Of course, we appreciate the donations.

We'd be remiss if we didn't also mention the 6-by-10-foot Robotron mural hanging on the wall behind the '80s handhelds. This behemoth, covered with dozens of Robotron sprites and icons in florescent or iridescent paint glowing under black light, was painted by Geoff, one of SC3's founders. Classic video games + art gallery + MFA = awesome decor.

The SC3 organizers wish to thank each and every one of our volunteers, performing artists, equipment providers, Nucleus staff, and attendees for making our first public event a smashing success! We admit to being a bit nervous about taking SC3 to the "next level," but it worked out because to all of you.

Before the March 5 event was over, we kept hearing the same questions: when's the next one? Will it be in the same format? At the same location? The answer is: we don't know yet. We need time to recover from this event and digest all we learned. This will help us address some of the problems we ran into, and we admit there were a few. The raffle was confusing, the performers' schedules could have been clearer, and the food trucks that were supposed to be on site dropped out at the last minute due to permit problems. These are the kind of things we want to avoid in the future, and we don't want to announce the next event before we're sure we have solutions. As always, keep an eye on these forums and on the Future Meeting Page and for announcements as they become available. 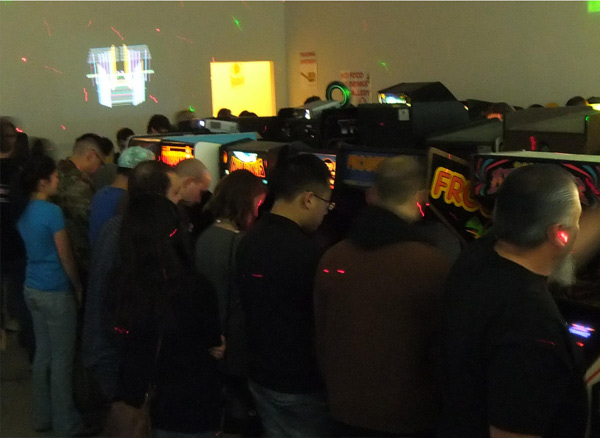 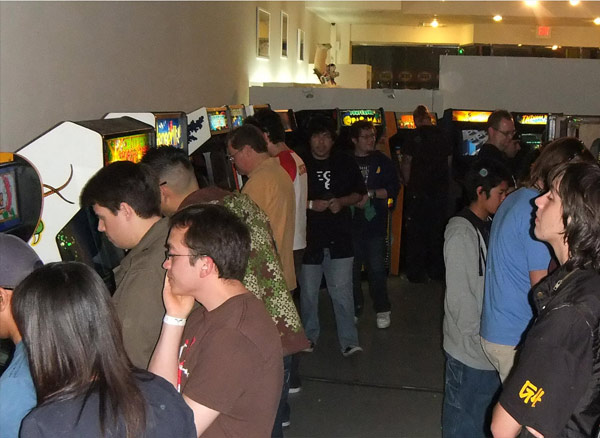 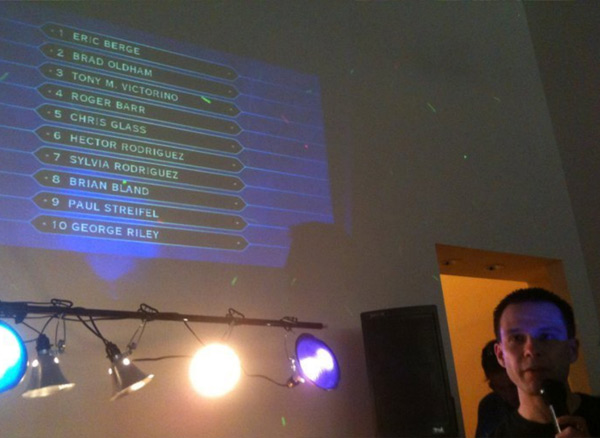 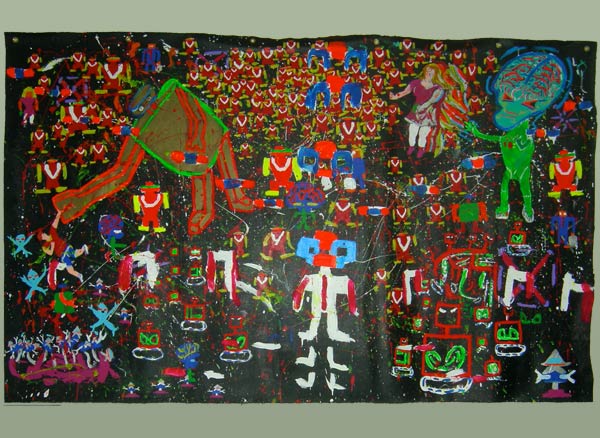 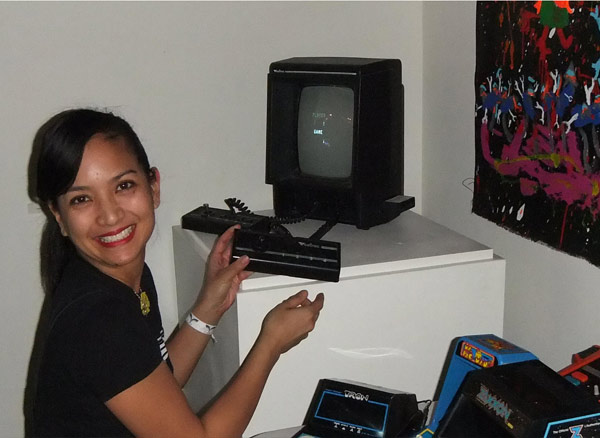