Sometimes you get lucky, and other times you have to make your own luck. SC3 experienced a bit of both kinds of times when we teamed up The Last Arcade on the Planet on June 1, 2013, for yet another evening of retro-tinged gaming mayhem. Although SC3's Claremont backyard parties have been great fun and will likely continue, we've been diligently scouting for an additional location. Somewhere with a different feel, maybe in a different region of SoCal. We've had several ideas; most haven't really panned out. So we were fortunate to find The Last Arcade, a 1550-sq. ft. facility in Santa Ana jam-packed with over 50 vintage arcade games and pinball machines. This is exactly the kind of alternate venue we hoped to find: a ready-made arcade, stocked with the '80s classics we love. Plus the owner, Juan, is a totally cool guy who's no stranger to hosting parties. And for once we didn't have to lug heavy arcade machines across town &ndash; they were already there!

Boy, were they already there. The Last Arcade is filled with classics. It features everything from Asteroids to Zoo Keeper and loads of goodies in between. You like Tron, right? Of course you do. The Last Arcade stocks two Tron machines, bookending a Discs of Tron cabinet. Discs was missing its monitor bezel, so Juan made one right before the event started. That dedication to coin-op presentation is what sets The Last Arcade apart. Of course there were 50-odd machines beyond Tron, including titles not seen at an SC3 event before, such as Punch-Out!!, Elevator Action, I, Robot and Rastan. Then of course there were five pinball machines, including the complete Pin&bull;Bot series, F-14 Tomcat and Williams' Flash. Pinball is something we've long hoped would make its way to SC3; we're stoked that it finally happened.

The Last Arcade provided the coin-ops filling the interior of the building; SC3's main job this time was to take care of the outer grounds. In other words: home consoles, game trading, and more home consoles. We set up thirteen home systems in a neat line at the arcade entrance, while game traders and the ever-popular GameGavel.com raffle occupied a chunk of what normally serves as a parking lot nearby. Unfortunately, some SC3 non-attendee left his Dolphin RV parked right in front of the arcade entrance. We tried to contact the owner to move it, but he was out of town. So, we essentially turned the rusty heap into a partition, using it as a backdrop for the raffle and as an entranceway of sorts. We admit it was awkward, but it was the best we could do. At least that hulk had an '80s look to it.

This being our first time at The Last Arcade, we unsurprisingly hit a few rough spots. Most of them had to do with lighting. Early in the event, the sun was still high overhead, making the consoles tough to see. This improved as the sun went down, but then things became too dark in the trade area; the overhead street lights weren't as bright as we hoped. Better light management is something we'll work on if we hold future events here. Nevertheless, the home consoles were in constant use despite the presence of dozens of coin-ops mere feet away. Once again the N64 drew unending crowds, this time for sessions of Mario Party. Tetris 2 for the Super NES also elicited frantic competitions. Even the less-popular Odyssey&sup2;, TurboGrafix-16 and Atari 5200 got a workout.

All of this home console conflagration may not have happened if not for one of the luckiest coincidences ever to happen at an SC3 event. The day before the party, we grew concerned over electricity when plans to tap power from a neighboring building fell through. The Last Arcade had an additional power line, but it was wired for 220V, not than the 110V we required. Juan planned to adapt the line but was worried he wouldn't have time. While we pondered this on Friday night, Kelly showed up, ready to play. He'd misremembered the event date, and come one day early. Amazingly, he's an electrician. And even though he may have problems reading a calendar (we kid!), he has no trouble converting an electrical line. Power problems solved!

Overall, SC3's first partnership with The Last Arcade went great, with just a few rough spots that are unavoidable when trying out a new venue. We were happy to see a lot of our regular friends show up despite the new location, and were excited by all the new faces, most of which were rightfully drooling over all the games on display. Judging from some of the elated reactions we heard, including multiple people insisting that we hold SC3 events more often, a lot of people hadn't experienced this kind of event before. Of course the venue made it largely new for us too. Even our menu was different this time: Juan arranged for Smoked Fusion Catering to be on hand, supplying reasonably-priced tacos and sliders to all the hungry gamers. It was a fun night!

The next SC3 arcade party has yet to be announced, but we're tentatively looking toward the end of 2013, possibly around November. As always, keep an eye on our web site and our Facebook page for announcements. Until then, keep gaming! 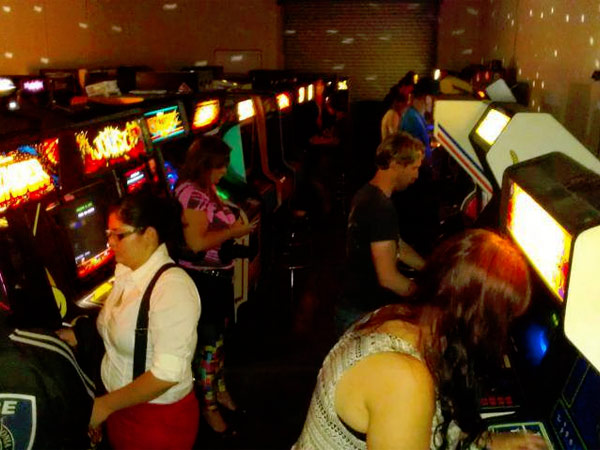 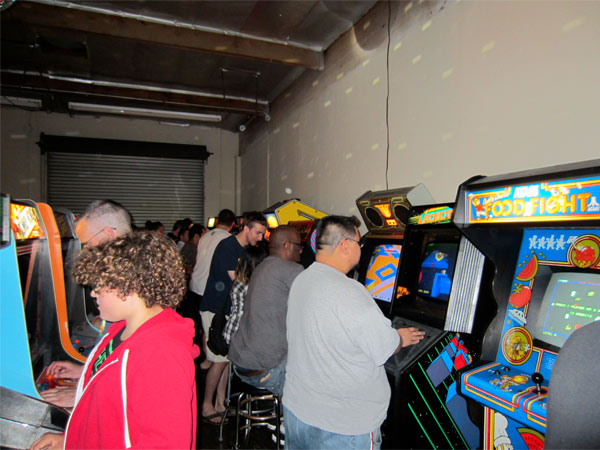 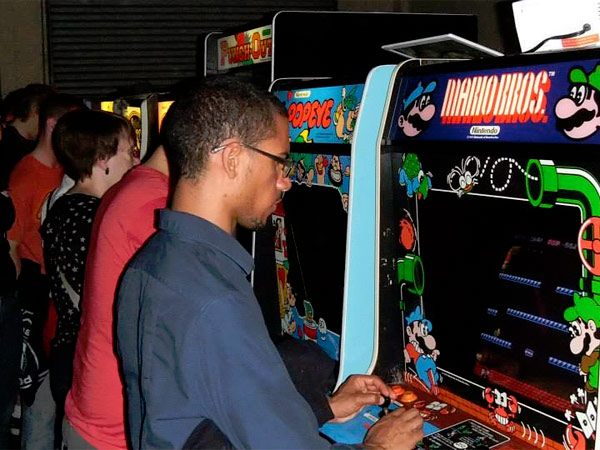 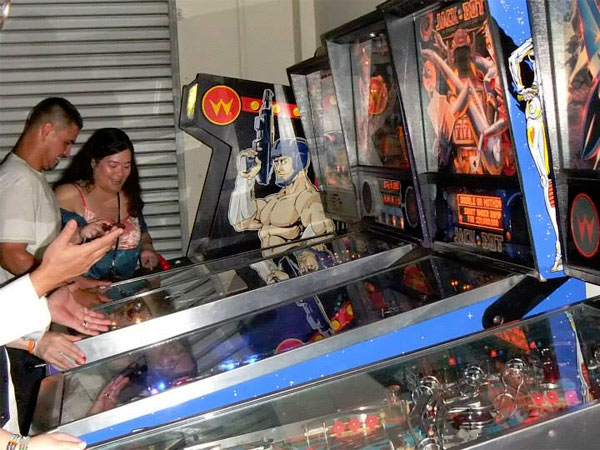 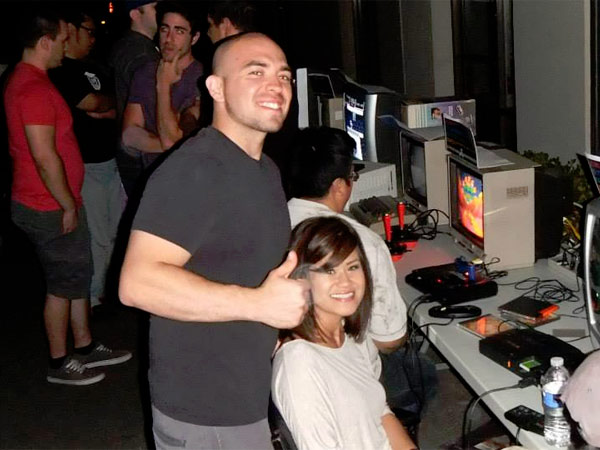 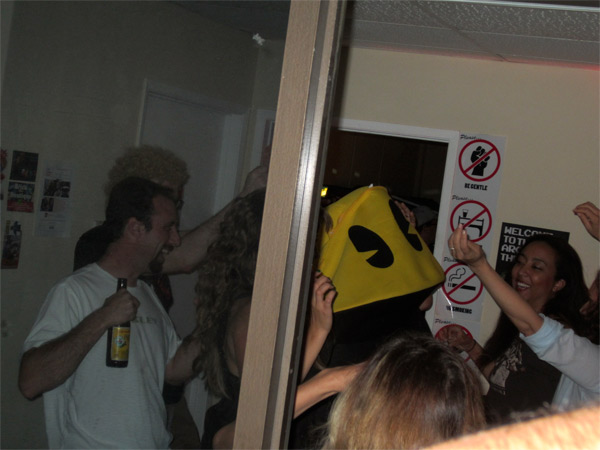