Sometimes things don't go entirely according to plan. But that doesn't always mean things won't work out well in the end. So it was with the Nov. 7, 2015 meeting of the Southern California Classic Collectors (SC3). The weeks leading up to this event seemed plagued with bad luck. Of the five main SC3 planners, two had to work during the event weekend and a third was recovering from an illness that kept him from contributing as much. So that left basically half of the normal team in place for what was quickly shaping up to be one of the most-attended SC3 events ever. For a while, we didn't know if we'd be able to host it at all. Just a few weeks before the scheduled date, we debated if we should delay the event or outright cancel it.

We really didn't want to cancel. We realize how much people look forward to SC3 -- you've told us. We knew you had been anticipating the next party for months, and some of you were traveling long distances -- even putting yourselves up in hotel rooms -- just to attend. So we pressed ahead, short-handed or no, and the result was indeed one of the most -- if not the most -- well-attended SC3 arcade parties ever. Over 225 gamers descended on the famous Backyard in Claremont for a night of arcade and console gaming, pizza eating, socializing, and trading... LOTS of trading.

The trading of classic game consoles and systems has always been a big part of the SC3 ethos, but we're constantly amazed at how this part of the event seems to grow and grow without end. Collectors came shoving entire moving dollies stacked with boxes of carts. Many left with less than they came with, but a few ended up with more. As one trader was leaving, we asked him if he'd moved a lot of stuff. He replied that he'd dropped $600 acquiring more! Stacks of Amiga floppy disks, shrinkwrapped Atari 2600 games, Virtual Boy machines, a mega-rare $400 Sega Genesis title -- so much trade fodder was available this time that even the greatly enlarged area we prepared for it, complete with lighted 20' &times; 20' canopy, was positively overflowing.

If the trade tables weren't enough for you, this event featured two separate raffles. The traditional GameGavel raffle -- featuring the ugliest Pong console ever made! -- drew its usual throng of would-be winners. Beyond that, a second raffle of a complete Apple II setup was conducted by Shawn, who also helped set up the event earlier in the day. Thanks to Shawn, and to the other Shawn, who also helped get things set up. Big thanks to Jason, who brought several arcade machines back to life right before the party started. Shorthanded as we were, we really needed the help!

Vintage arcade machines are a big draw at any SC3 party, and even though technical problems plagued a few cabs this time, plenty were available. Of special note at this event was the Pac-Wall: a row of seven cabs in the Pac-Man series, ranging from the original 1980 Pac-Man down to 1987's Pac-Mania. Even the rarely-seen Professor Pac-Man made an appearance. In so many ways, Pac-Man is the face of the golden era of arcade machines. We felt this was a nice tribute to everyone's favorite yellow eating machine.

Pac-Man wasn't the only one who ate heartily that night. While we made an effort to have plenty of refreshments available, we may have underestimated the cheese-and-pepperoni needs of the humongous crowd. We went through at least 50 pizzas, and it seemed like pies were devoured the moment they arrived. Seriously, 20 pizzas disappeared in minutes! This is something that's hard to get right, and we'll keep working to improve the pizza supply for future meets.

After chowing down on pizza, we had a different kind of treat available in the picnic area. Ten-player Saturn Bomberman, projected on a huge screen! This is something we've wanted to do for some time, and even though we've had the proper setup at prior SC3 events, there was never enough space to get a good ten-person melee going. Not so this time. Bomberman has to be the ultimate single-console multiplayer experience, and we were stoked to see it blown up to epic proportions.

Despite a couple of hiccups and the general difficulty of being shorthanded, this event turned out to be one of the best backyard blowouts that SC3 has ever had. We saw a lot of new faces; we lost count of the number of folks who told us it was their first time at SC3. The phrase "OK, I've died and gone to heaven" was overheard from one newcomer upon entering the garage arcade. People weren't shy about expressing their excitement and gratitude this time around, and we really appreciate it. It's what motivates us to keep putting these events together! And we greatly appreciate your donations. All that money goes right back into paying for electricity, equipment rental and food, and enables SC3 to continue. THANK YOU to everyone!

We know your next question: when's the next one? Plenty of you asked during the event! The answer is... we don't yet know exactly. Our normal schedule is one in the fall, one in the spring. So expect it sometime in the April-May 2016 timeframe. More exact times will be announced on the Future Meeting Page and Facebook as spring approaches. Until then, keep gaming! 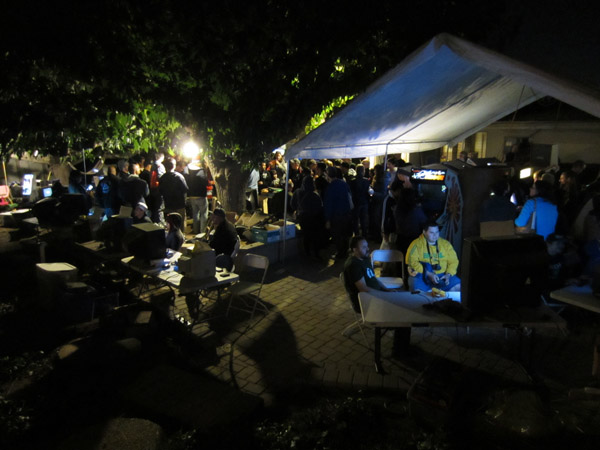 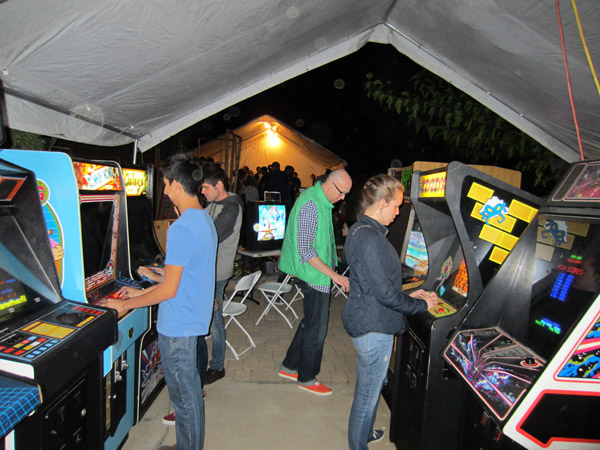 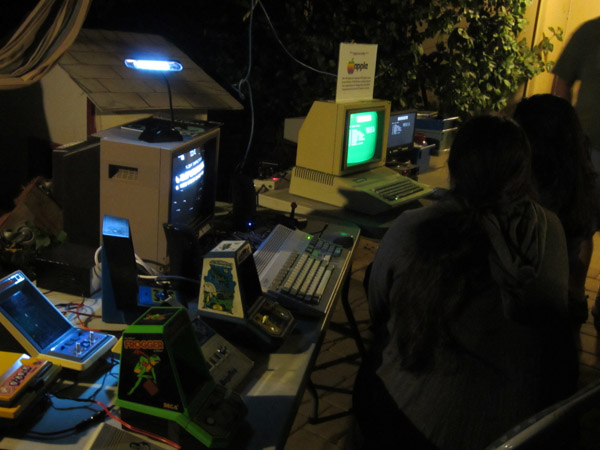 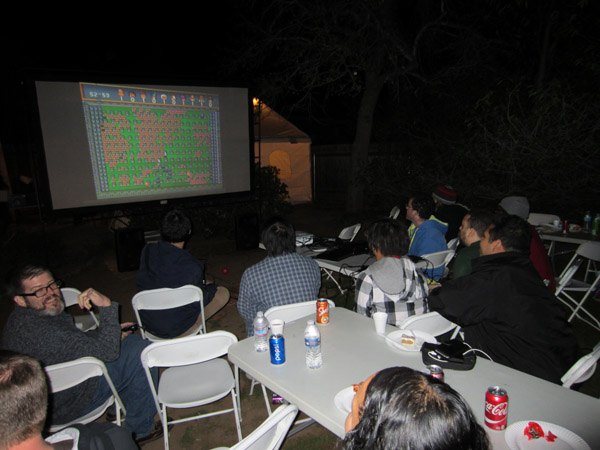 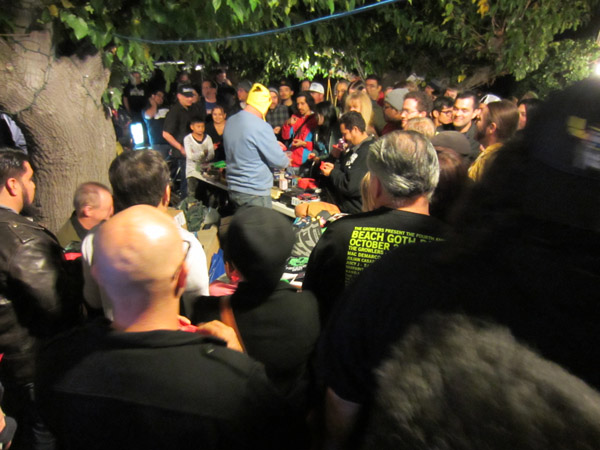