The May, 2007 collectors' meeting was the largest, most successful event in SC3 history! Over 60 gamers and collectors made the trip out to Steve's place in Claremont -- a bigger gathering than we've ever had before. But we were ready.

Steve's jaw-dropping coin-op collection is always the main attraction. With over 25 vintage cabinets on free play, streams of blinking lights overhead and '80s tunes filling the air, Steve's garage is the best arcade experience you can get short of jumping into a time machine and heading back to 1983. Naturally, throngs of happy gamers crowded the garage throughout the night.

However, MORE coin-ops could be found outside, including new additions to Steve's collection such as Star Castle and the only known dedicated Zzyzzyxx cab in existence. (Hey, THAT should impress you, even if the actual game doesn't.) Players crowded around the 4-player Warlords cocktail for a series of $1-ante, winner-take-all mini-tournaments. Warlords is where you could find Chris B. when he wasn't out networking with the crowd.

Beyond the outside coin-ops were two tables of vintage consoles. Next to the customary Vectrex (with Multicart) were William's Japanese A/V Famicom and Super NES, which had been simply modded to accept Super Famicom games. Parodius Da! was the game of choice on the Super Fami. Our buddy Mitch kept the other table busy by showing off his 2600 and 7800 multis, as well as his recently-discovered 7800 MIA prototype. Also on hand were a heavily modded ColecoVision with Multicart, and a Bally Astrocade (along with -- you guessed it -- a super-rare Bally Multicart).

The console area was also the place for wheeling and dealing, as collectors brought their extra stuff to trade for new goodies. Chris N., in addition to bringing all the tables and chairs for the event, brought along a truckload of stuff to trade. The SC3 organizers are collectors too, so we LOVE to see people bringing their tradebait to our events. Keep it coming!

In the back yard, people sat to partake of pizza, beer, and a slice of our special Custer's Revenge cake (with custard filling, get it?). And they could enjoy all this while watching a special presentation of Tron, projected on Geoff's custom-built nine-foot-tall movie screen! Huge light cycles racing overhead, while dozens of free coin-ops wait just a few feet away... it's a beautiful thing.

Inside the house, people were entertained with his unbelievable MAME HD setup and selection of wacky Japanese games. Ever play Missile Command on a 65" screen with an X-Arcade Tankstick? How about Para Para Paradise, the game where you have to rhythmically wave your arms over special pod sensors? Or Cho Aniki, the game where... well, you probably don't want to know.

The SC3 team would like to extend a big thank you to everyone who helped out and attended the event for making it such a huge success! We're already really excited about the next meeting, which we hope will be even better. It's tentatively scheduled for the end of September -- keep an eye on our Future Meeting Information Page for details as they become available. 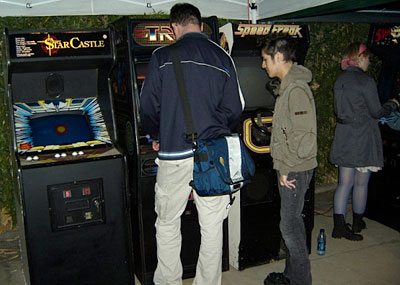 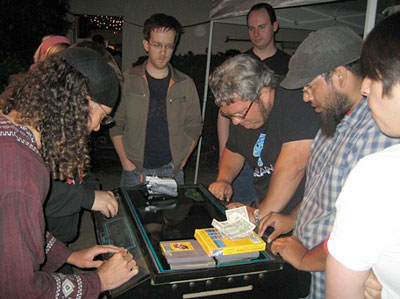 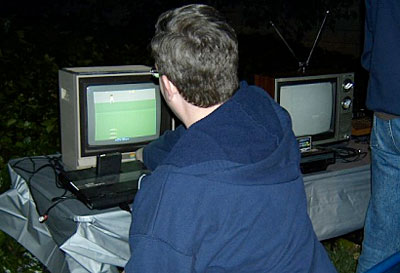 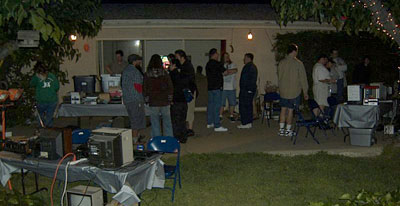 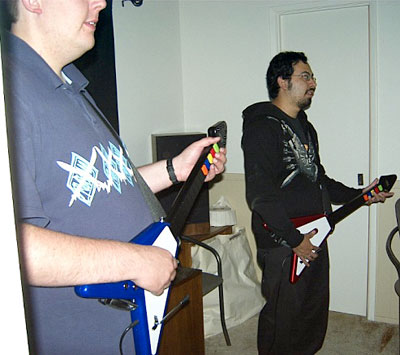 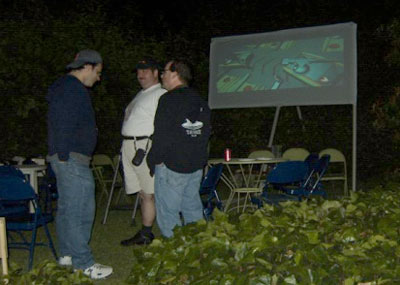