Videogames change; the technology becomes more advanced, graphics more sophisticated. New genres emerge, become popular, fade away. Sometimes "old" trends reemerge and become "new" again. But one thing that never seems to go out of style is collecting. It seems like no matter when you grew up, or what system, genre or era is your favorite, if you love videogames you'll end up with a collection of them, always looking to add that elusive new title or pass on accumulated stuff that you no longer want. At SC3's April 30 event at 2084 Arcade in Anaheim, over 250 attendees were busy doing just that. Oh, and some of them even found time to play some games too.

SC3 has been organizing events for many years now, but we never stop being amazed by the passion of collectors, the volume of stuff they have, and how eager they are to trade. This event was scheduled to start at 4 p.m., but people were so anxious for it that they started showing up at 2, most of them laden with boxes of trade fodder. One guy was even there at noon. Seeing this incredible early interest, we decided on the spot to double our table-rental order. It's a good thing we did.

SC3 and 2084 provided about 20 6-ft. tables for the trade area, and lots of attendees brought their own -- and still they were overflowing. NES and SNES carts, new in box Genesis games, rare Amiibos, even a lighted PlayStation store sign... it seemed a little of everything was there. We looked less like a videogame event and more like a swap meet at times. There's obviously a lot of pent-up demand among videogame collectors, and SC3 is glad to provide a venue.

In the midst of all this, we organizers couldn't help but take note of how some things change while others remain constant. SC3 has always been about collecting -- it's part of our name, after all -- but back in our early days, the amount of stuff available wouldn't have filled three tables and most of it would have been for pre-NES systems such Atari 2600 and ColecoVision. Now, collectors are more chasing the 16-bit and later systems. That's not to say that the vintage classics couldn't be found -- one of us finally snagged that elusive Dracula Intellivision cart at this event -- but there's no underestimating the amount of love that the early-'90s and later systems are getting right now. And who can argue? That was a great era for games!

There was so much interest in trading this time that lots of people didn't even go into the arcade until a few hours into the event. Seriously, we were getting concerned that maybe people didn't even realize there was an indoor section for a while there. But once the sun started going down, people began to migrate into 2084 Arcade. Inside, they found 2084's incredible collection of 90+ vintage arcade cabinets and row of pinball machines. The 2084 owners' love for their place is obvious; every time we go there we are taken with their latest improvements. They'd added new fans for improved airflow, new lighting effects, new wall-mounted TVs… not to mention the infuriatingly difficult 1982 Stern classic Bagman. Aiyiyi!

2084 spoils us by having this perfect venue all ready for us. All SC3 has to do on the inside is set up our slew of home game consoles and monitors. Once again the N64 with its many multiplayer classics seemed to be the most played machine of the evening, but the NES, SNES, Genesis, Atari 2600, and TurboGrafx-16 got tons of play as well. Thanks as ever go to William D. for bringing his amazing NeoGeo studio monitor setup. At this event we ran a couple of home consoles outside as well, which led to a few intense games of Castle Crisis (Warlords) on the Atari XEGS. One of the best sights at this event (in 2016) was a group of boys trash-talking each other over a game first released in 1980. That's what SC3's all about.

Thanks to all our attendees for coming, to GameGavel for conducting yet another successful raffle, to 2084 Arcade for hosting us, and to you for reading this recap all the way to the end. Of course we are starting to consider plans the next event. Traditionally we'll be looking at an October or November timeframe but something in late summer is not out of the question. As always please keep an eye on this site and our Facebook page for announcements. 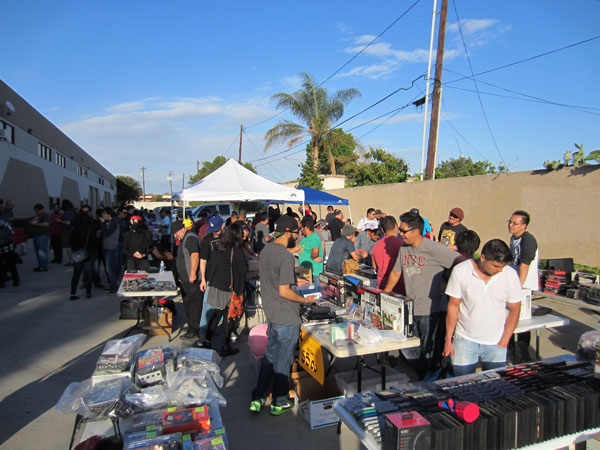 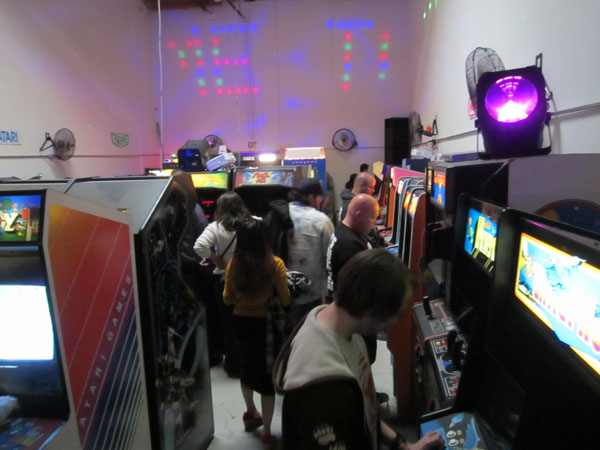 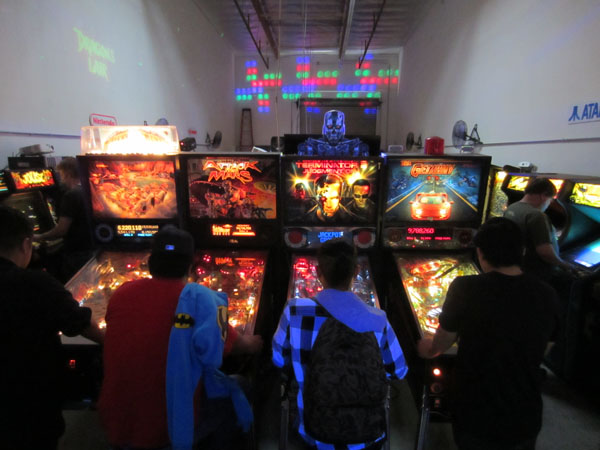 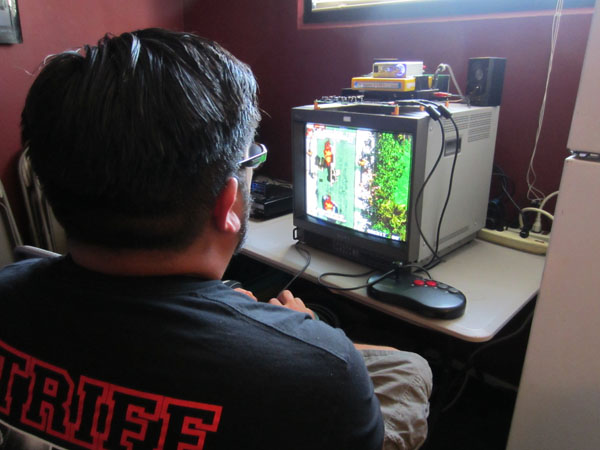 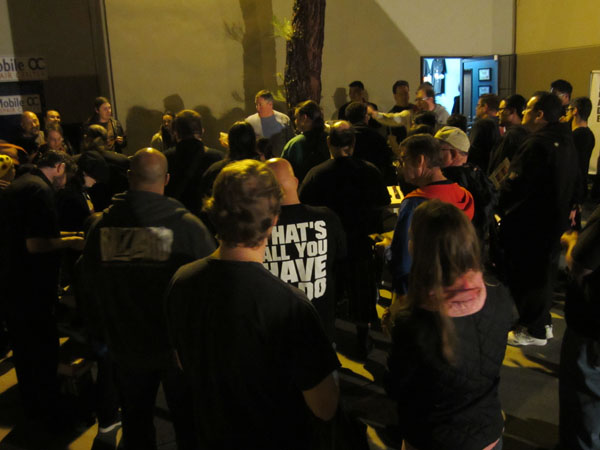 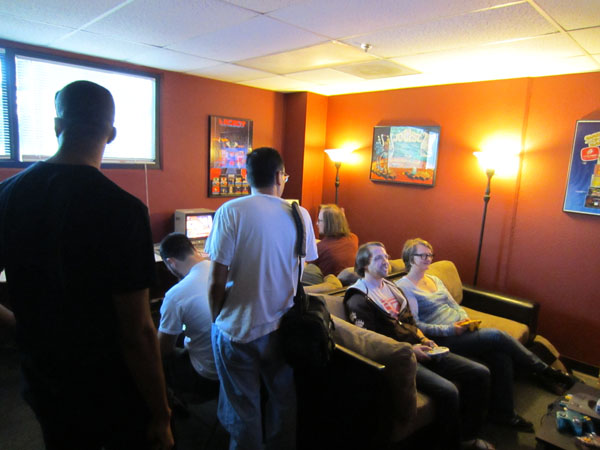